Comment:  We may START these dance practice sessions with the waltz rhythm, since it's "step on every  beat" structure should make it easier for the guys who are new to dancing.

Following below are the first 5 patterns, and related videos. 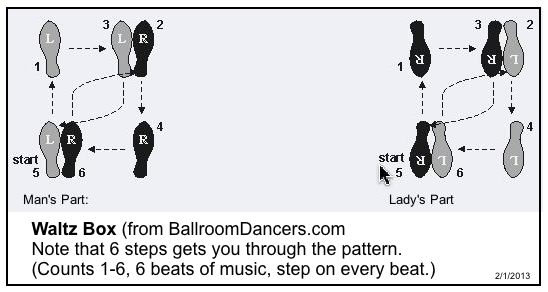 We plan to start with the waltz "box" . . . usually the first pattern taught.
Note we're doing "American Style" waltz, not "International Style".
Tentatively we'll spend about 30 minutes walking through the basic step with no music.

Right Turning Box: R foot Fwd on 4, L foot back on 1. Is almost a "mirror image" of the Left Box, but turns R instead of L.

6. Some Advanced Waltz Videos     (just for being impressed by)

You can  download the PDF version of this chart from this directory: track2.com/mmDance 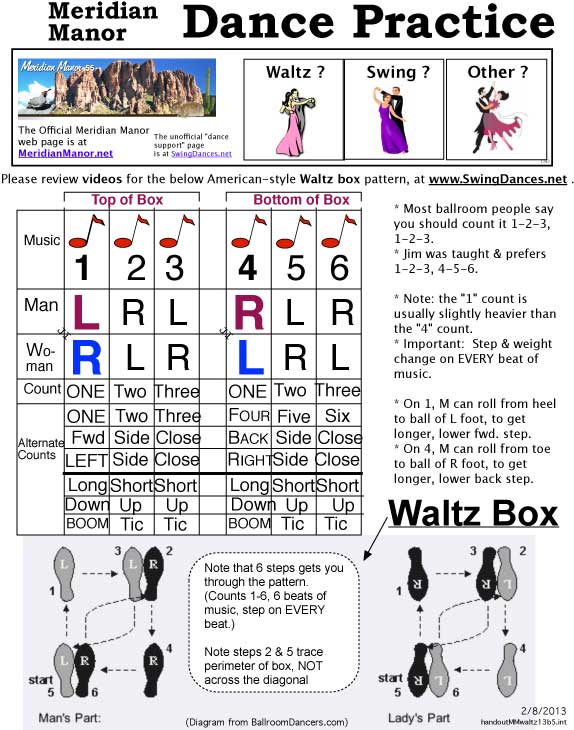